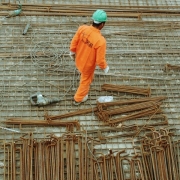 Talk to any Human Resources personnel, and the first thing they will tell you is if you become injured at work, report it immediately. Although a few specific situations will not be covered, most generally, you are. This is regardless if the injury is your fault or another’s.

Where is the line for coverage, and what happens if a third party gets involved? Read on to learn about the specifics of workers’ compensation.

What is Workers’ Comp? 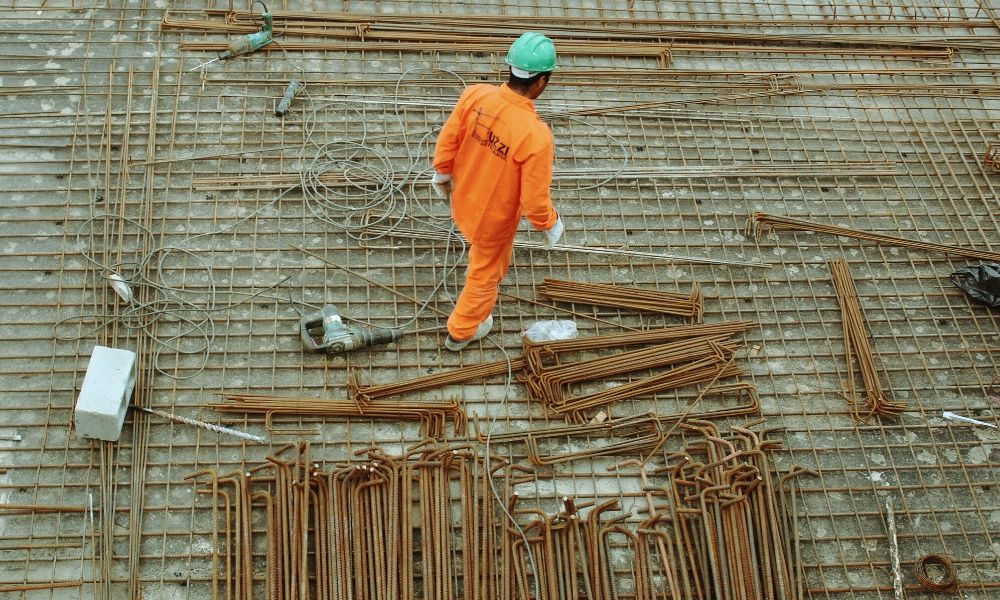 In layman’s terms, workers’ compensation offers benefits to employees sustaining injury while on the job. Although there are particular rules for each state, workers’ comp generally provides relief in terms of medical expenses, lost wages, on-going care or rehab, and death expenses should they arise. It can be confusing as to what qualifies as a workers’ comp claim. Ask yourself, “was the activity I was doing for the benefit of my employer?”

Sometimes the workers’ compensation claim is not so cut and dry. Perhaps instead of a freak accident resulting in a definite injury, the actual damage is caused by a repeated motion or task. For example, maybe the wear and tear on your body developed after a period of continuous movement, and you now have carpal tunnel, worn knee pads, or another overuse injury. These types of situations are also eligible for workers’ comp.

Because each state varies and select employees, such as the federal government, carry their own workers’ comp, should you have a question on specifics, contacting your state’s workers’ comp office provides you with the most up to date information. One thing to note, when filing and submitting a claim for workers’ compensation, you agree not to sue your employer. In rare cases such as lack of workers’ comp insurance, negligence, or assault, you may be able to. Check with your state laws and lawyer for specifics.

What may not be covered by Workers’ Compensation? 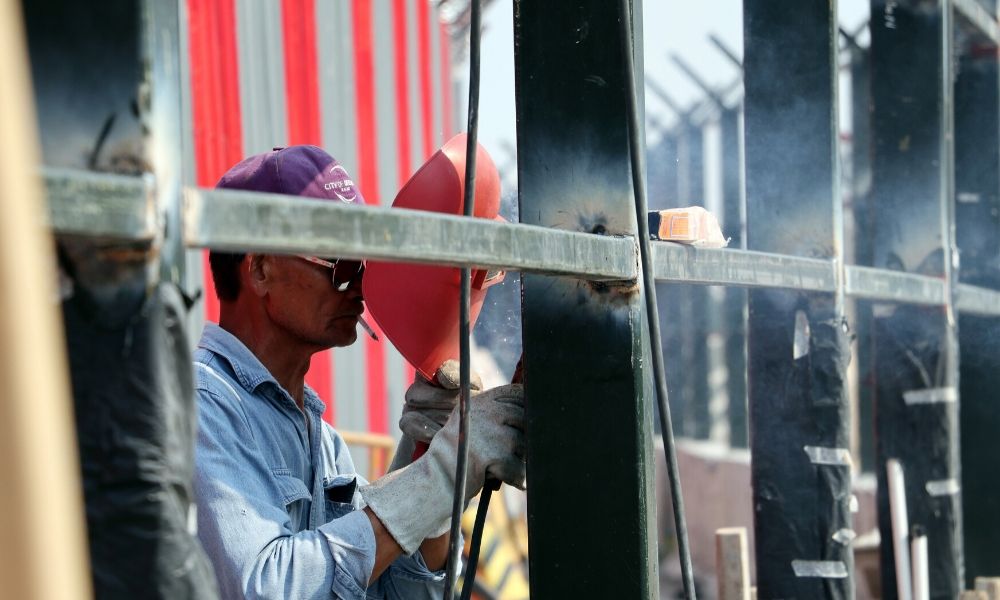 While most accidents are covered, there are standout situations that could waive your right to a workers’ comp claim. Being aware of these exceptions helps you curtail your actions during work events.

By far, this is the most well-known exception. Many workers are under the impression should they be injured at work, the first step asked of them is to submit themselves to a drug test. While that may be the case for some, it is not for all.

Most states will deny your claim if you were under the influence. Yet, there is hope here. If you can prove the injury would have happened anyway, there may be a silver lining. Check your state laws to see if your state makes the automatic assumption that if a drug test comes out with a high level, the injury is a non-occupational classification. If this is the case, pay attention to the timing of the drug test. If it was delayed for a significant time frame from the actual injury, a skilled workers’ comp lawyer could still fight for coverage.

Per OSHA, if an incident happens and the employer uses drug testing to determine if drug use was the root cause of the harm/potential harm, it is permissible as long as each employee involved receives the same testing. A company cannot solely test the person reporting an injury or whom is injured. OSHA allows blanket post-accident testing. The important note is that these tests are comprehensive and sweeping and not used to single out employees. They must be enforced across the board.

Of course, checking the state law is necessary to determine if the company for which you are working is following the law regarding drug testing. Review your company handbook to verify details of their policy and ensure the policy is applied consistently, and a drug-testing policy is not retaliation for reporting an injury.

Injury during breaks or after your shift

Even on break, if you are physically at the job site, you may be eligible for workers’ comp. Remember the question from the beginning? Was I doing something that was a benefit to my employer? Staying on-site can be interpreted as a benefit because you are still physically present if the employer needs you.

The same applies to after you clock out. If you are injured while still on the premises, you may be able to submit this as workers’ comp. That said, if you leave and drive away, then you no longer would have coverage.

Like most matters, there is an exception here, also. Driving to do an errand benefiting your employer before or after you clock out opens for a potential claim. For example, if you pick up catering for an event or grab company uniforms from the local vendor, these are considered an action benefitting the employer, and you could still have coverage.

Leaving your house and driving to your standard workplace or vice versa is not a covered event. The term for this is the “coming and going rule.” As the name implies, coming and going to work is not a part of your employment.

However, if you are injured while driving your company car, if your worksite is not a set location, or if you are commuting due to running an errand, then you could be covered. Salespeople or store reps often travel as a part of their job. If an injury occurs traveling to their location, this would likely be a covered injury.

Work parties, happy hours, volunteer opportunities, or other recreational activities are not typically covered unless the employee was under the impression they had no choice but to be there. As always, if the employer is getting a perk from the employee being there, then the employee would be covered. An example of this would be a presentation given at an event or an employee helping perform a function that would have otherwise been paid out.

Employers who tolerate horseplay and practical jokes set themselves up to cover an employee injury due to one. Most do not tend to allow these types of actions, though, and so injury as a result of them would be unlikely to be covered. The same applies to physical altercations. Should you be injured as a bystander during work because of others participating in this behavior, your injury likely would be covered. Check with your state rules for specific exceptions.

Without going too deep into each, there are a few more times where workers may not have a claim approved. If you started a fight, the injury may be classified as a self-inflicted injury and not be covered. If you are hurt while committing a crime, such as stealing warehouse materials, coverage could be denied. Finally, if you were in the process of violating company policy, your claim likely will be denied.

Can I file for workers’ comp and a third party claim? 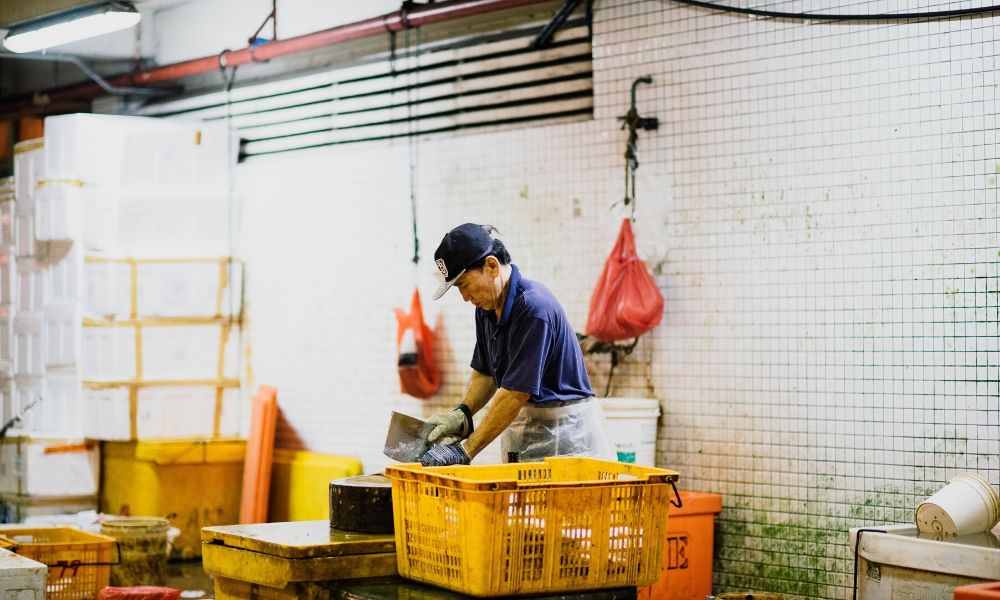 Suppose you are injured driving a bus because of a malfunction in a traffic light. Not only would you be eligible to file for workers’ comp from your company, but you would likely be able to prove there was a fault with the traffic light manufacturer or even the city if they knew of the issue. This example illustrates how you can have both a workers’ comp claim, as well as a third party claim.

In the above example, it was not the employer who held the third party liability but someone different. Typically these claims are due to omissions or defects in products, drivers who cause car wrecks that, in turn, injure an employee, or businesses an employee frequents due to his job.

Because of the low return on many workers’ comp payments, employees still need help with pain and suffering, mental anguish, or punitive damages. This is now a third party claim. The injured employees must prove there was negligence, fault, wrongful acts, or omission by the third party.

Working with a lawyer specialized in workers’ compensation suits is imperative. Securing thorough and experienced representation will gain you a more in-depth grasp on your state’s rules. Additionally, they can help with subrogation, which is when an individual must pay back the workers’ comp insurance provider or the medical provider for the money spent on workers’ comp for your injury.

What to prove for third-party lawsuits

When you are setting up a case of negligence, you must prove a few items. You are laying out in clear form that the third-party should have done something to prevent your injury. Had they have done this, there would have been no chance of injury.

If you feel workers’ comp should cover your injury or you have a solid third-party lawsuit, consult with an attorney to dive deeper into your case and the specifics of the law. At The Hayes Firm, we specialize in matching your case up to the lawyer who will best represent you.

To find out more about your state’s laws, as well as your legal options, contact us today. We will work to ensure the routine of denying valid workers’ comp claims does not happen to you.