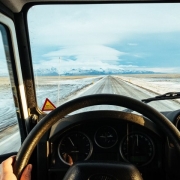 With the increase in online shopping and consumerism, the truck driving industry has grown in step. Over the last decade, the industry increased 5% and anticipates the trend to continue during this current decade to meet the demand.

Companies hiring drivers expect shipments to arrive timely and as promised. This puts pressure on drivers to push the limits of DOT regulations on rest. Adding to this stress, long stretches on the road with less than ideal conditions for sleep compromise the safety of both the drivers and others on the road.

In a report released by NCSDR/NHTSA Expert Panel on Driver Fatigue and Sleepiness, it was reported the peak times for drowsy-driving crashes were after midnight until dawn and also mid-afternoon. Further clarification revealed specific age demographics were more likely to be drowsy during some periods than others. Individuals aged 65 caused the peak in the mid-day sleepiness whereas most all felt the exhaustion during the dusk to dawn timeframe. Unfortunately, research unveiling these findings has not yet been enough to reverse the trend of increasing numbers of large truck accidents.

From April 2001 to December 2003, The Federal Motor Carrier Safety Administration (FMCSA) and the National Highway Traffic Safety Administration investigated the reason behind truck driving accidents. They titled the report the Large Truck Crash Causation Study (LTCCS), which examined 963 large truck crashes. While this number appears large, it is only a sample of the 120,000 truck crashes taking place during this period.

Truck driver fatigue caused 13% of the accidents. Applying this percentage to all accidents occurring outside the study manifests to over 15,000 accidents attributed to this single factor. The LTCCS emphasized a statistically significant link between a truck driver’s fatigue and wrecks involving a large truck and passenger vehicle.

The Centers for Disease Control and Prevention (CDC) lists commercial drivers as second in a list of those most at risk of driving while drowsy. This ranking comes only after the broad “drivers who do not get enough sleep.” Fourth on the list is drivers who have sleep disorders. Researchers in 2005 released around 70 million Americans had a sleep disorder. That was 23.6% of the total population at the time.

Thanks to outlets such as social media, the dangers of driving while sleep-deprived are becoming more well-known. With sleep-deprivation mimicking drunk driving, companies must pay attention to the amount of sleep their drivers are getting. After an 18 hour day with no sleep, the body reacts similarly to a blood alcohol level of .05. Up that sleeplessness to 24 hours, and now the body acts as if it has a blood alcohol level of .10. In comparison, most places consider .08 drunk. According to the National Safety Council, you are three times more likely to be in a car accident when driving sleep-deprived or fatigued.

While sleep deprivation can happen to anyone, several categories of individuals who appear more likely to be driving drowsy. Commercial truck drivers appear on this list. Most accidents occur overnight to very early in the morning. Our bodies have a natural sleep pattern triggered by the day versus night hours called our Circadian rhythm. Because of the prevalence of long hours for truck drivers, this rhythm can not just become off, but the natural drowsiness can occur during these driving times.

Adding to the increased sleep deprivation accident risk of truck drivers, most of these accidents occur at high speeds found on freeway driving. Further, shift work and one single night of poor sleep can add to the risk of an accident. Since long hauls on the road often equate to sleeping in the cabin of the truck, in noisy rest areas or truck stops, and can be varied hours, professional truck drivers are lined up with increased risk.

To help spread awareness of the dangers of driving while sleep-deprived, drivingdrowsy.org, and the National Sleep Foundation initiated a “Drowsy Driving Prevention Week.” This year the week takes place November 1-8th, 2020. In 2019, UPS partnered with the National Sleep Foundation to help spread awareness and training on the risks of driving drowsy. With 20 million packages and letters delivered daily by UPS, knowledge of the serious issues of driving drowsy is impactful. It remains unclear if other shipping and freight companies will be joining the initiative for 2020. 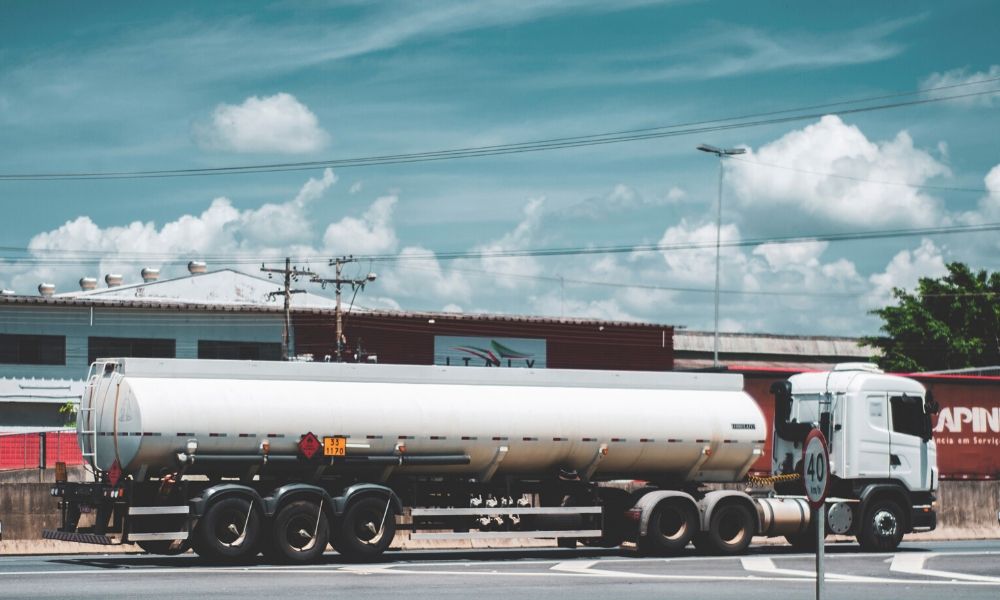 Without proper education on the signs and prevention of sleep deprivation, it is near impossible to stop the continued climb in statistics. The astounding truth is that, per a 2005 National Sleep Foundation study, 40% of people have admitted to falling asleep at least one time while driving. Compounding this, 13% of Americans claim they fall asleep once a month while driving. The terrifying statistic proves companies employing truck drivers, as well as just the general public, need to be made aware.

Everyday people find themselves having restless nights or bouts of insomnia when in the comfort of their own home. Imagine being on the road, in unfamiliar cities or towns, attempting to get a decent night’s rest. Unfortunately for many truck drivers, they are not even sleeping in a hotel room with a restroom, shower, or convenience of walls separating them from the outside world and noise.

According to a 2019 census report, about half the truckers are long-distance drivers, which likely equates to many overnights necessary for a route. A driver will find a spot in a truck stop, company parking lot or rest area to park his truck and attempt to get rest. Most commercial long-haul truck drivers rest in the sleeper cab or sleeper berth. This extended portion of their truck is found right behind the driver’s seat area.

With tight quarters, there is enough space for a mattress and a few small appliances such as a refrigerator or small television. With no toilet, sink, or much room, the accessories brought along for the trip must be few. Depending on the route, a truck driver is away from home for days, weeks, or months. What they bring must be sufficient to last the trip but small enough to fit in the cramped space. Most basic day to day necessities utilize unideal options, or the driver takes a loss of money by spending the time to stop at a truck stop.

The CDC released a handful of hints for truck drivers to improve the quality and ease of sleep. Knowing the high-risk times for drowsy driving brings awareness to the trouble zones. Past this, they recommend being mindful of the place a driver is stopping to sleep. Ensure it is not only safe but quiet. If it is not, take measures to purchase noise-canceling devices or use white noise apps or fans.

Lights can also keep drivers awake if they are sleeping during the day and driving overnight. Use sun blocking curtains or blinds in the cab. Eye masks can assist with helping the mind to perceive dark. Keep electronics away or turned down before bed. The light from the devices keeps the mind busy, making sleep more difficult. Ask family and friends not to call unless an emergency during sleeping hours.

Finally, drivers must watch when and what they are eating before attempting to sleep. Limit liquids before laying down. Keep in mind while caffeine can help a driver stay awake, drinking it too much or too late can affect sleep. 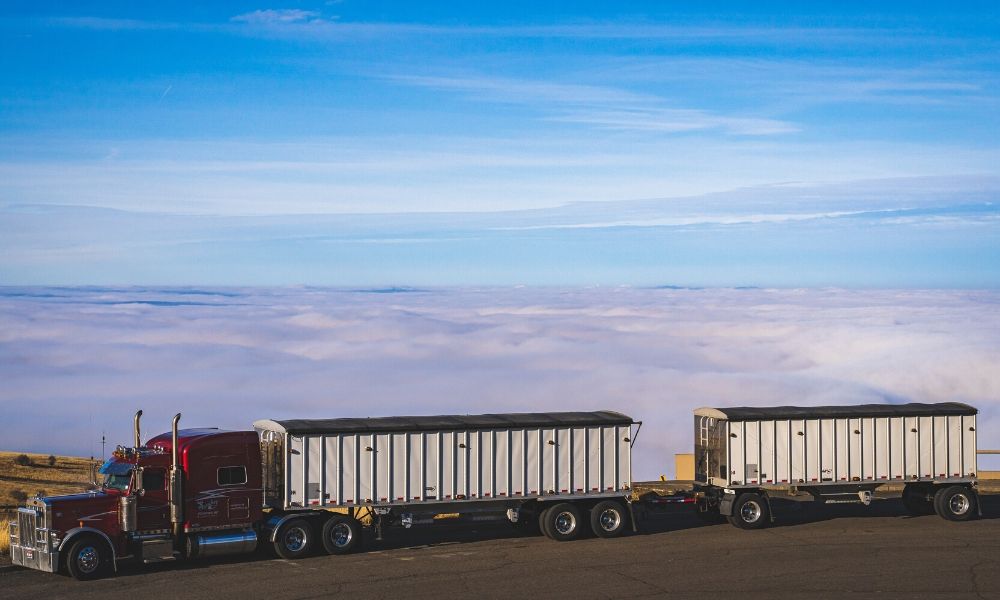 Drivers must be aware of the clues they are feeling drowsy. Below is a list of warnings a driver may experience while drowsy driving:

It is impossible to say one will never be tired during waking hours, but there are steps to prevent driving drowsy. 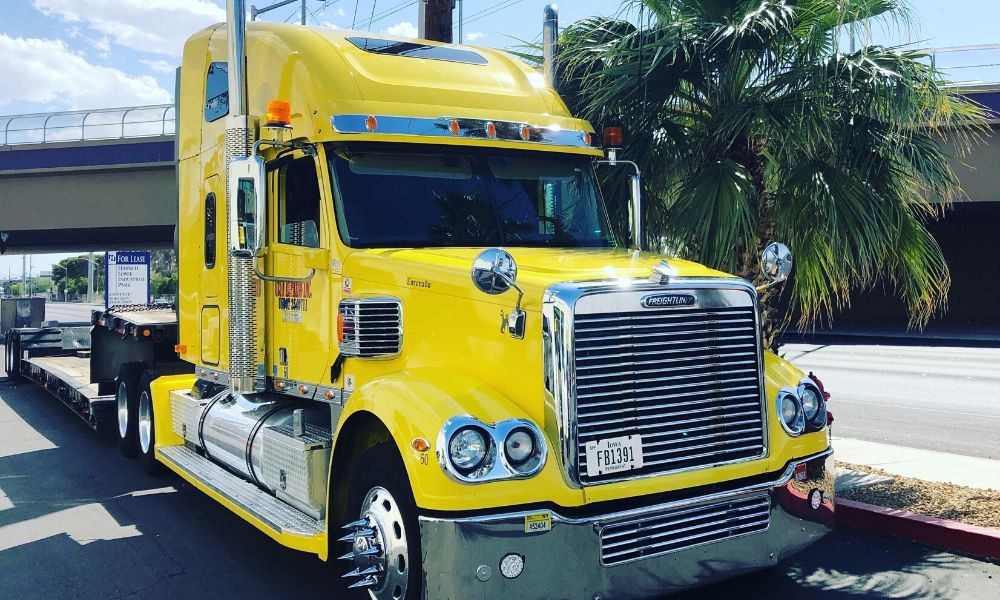 According to DOT Driver Regulations, the 11-Hour Driving Limit states a driver “may drive a maximum of 11 hours after 10 consecutive hours off duty.” In cases where a driver may be doing multiple aspects of a job and not just driving with no breaks, for example, a driver who loads a truck in a building before taking to the road, the 14-Hour Limit Rule applies. This rule states a driver “may not drive beyond the 14th consecutive hour after coming on duty, following 10 consecutive hours off duty. Off-duty time does not extend the 14-hour period.” For example, a driver works in the building loading for 8 hours. The final 6 hours can be spent driving, but they must stop after that.

Companies pressuring drivers to go against the DOT regulations may be breaking the law. The FMCSA classifies this pressure as coercion. Per the FMCSA, this behavior is “when a motor carrier, shipper, receiver, or transportation intermediary threatens to withhold work from, take employment action against, or punish a driver for refusing to operate in violation of” federal trucking regulations. This detail includes the hours-of-service regulations designed to prevent fatigued driving

Professional Help for Accidents Due to Drowsy Driving

The pendulum swings to truck drivers when it comes to who may be at risk for drowsy driving. Because of accidents caused by driving while sleep-deprived, many drivers have received jail sentences for the accidents. Companies have paid out multi-million dollar settlements.

The Hayes Firm can help. If you are a driver pushed to ignore the DOT regulations for fear of your job or repercussions, or if you have had an accident as a result of drowsy driving or pressure from your employer, contact us today. We match you with the best representation to fight your case.

On the contrary, if you are injured in an accident with a drowsy driver, we are here to help. Don’t fight alone. Contact the Hayes Firm today.