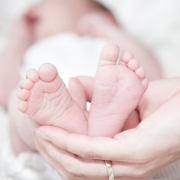 Johnson & Johnson is in the spotlight for its talc powder and a potential link to an increased risk of cancer. According to an NPR article, the company claims its products have always been asbestos-free and safe for use. Around 14,000 cases argue the opposite.

The American Cancer Society does not give a clear answer to whether talc used in cosmetics is cancer-causing. Per the guidelines released by the International Agency for Research on Cancer (IARC), which are the same ones followed by the American Cancer Society, talc powder used on the genital region, such as powdering after a shower or before applying a diaper, is listed as “possibly carcinogenic to humans.” Talc containing asbestos is “carcinogenic to humans,” yet talc inhaled that does not contain asbestos is listed as “not classifiable as to carcinogenicity in humans.” It is worth noting this last distinction is based on a lack of data from both humans and limited data from animals.

In an article released by Reuters, Johnson & Johnson’s products were tested positive for traces of asbestos. After the release of the information, Johnson & Johnson issued a statement shooting down the claims in the article. The company said the article was false and directed consumers to a different site owned by none other than Johnson & Johnson. They continue to fight the cases against them, which makes financial sense because per Forbes, it would cost nearly $4 billion to settle all the talc-related lawsuits.

The cases against Johnson & Johnson

With thousands of cases against the company, it’s not possible to list each; however, a general picture of what the corporate powerhouse is fighting is displayed below.

What is a safe level of asbestos exposure?

Dr. Jacqueline Moline, of The Feinstein Institutes at Northwell Health, is a key witness in some of the cases against Johnson & Johnson. Dr. Moline independently conducted research showing mesothelioma had a root cause of cosmetic talcum powder tainted with asbestos. This cancer is linked to inhaling asbestos fibers and does not usually show up until 20-50 years after exposure to asbestos.

During the cases, Dr. Moline has been questioned about the level of safety in exposure to asbestos. Noting most people are exposed to some asbestos, especially in city-living, that level of exposure is considered background exposure and is not generally something to be concerned about. Anything above this level, unfortunately, is. “There’s no magic number of a safe level of asbestos,” said Dr. Moline.

Currently, the Occupational Safety and Health Administration (OSHA) states the permissible exposure limit (PEL) for asbestos in air is .1 fiber per cubic centimeter over an eight-hour period. When Dr. Moline was questioned if mesothelioma could be caused in a lower amount than the PEL, she replied, “Yes” and reiterated anything above background exposure could cause the disease and luckily not every person exposed to higher than background exposure got mesothelioma.

Cosmetic talc powder is said to contain asbestos-related minerals. Tremolite, anthophyllite, and chrysotile are three such minerals that have been found in the powder. In the 1970s, the testing methods were not as sensitive so it is possible that a percentage, even a low percentage, could have passed testing and still contained asbestos. As mentioned earlier, any amount above the background exposure poses a risk.

Did Johnson & Johnson know about the asbestos? 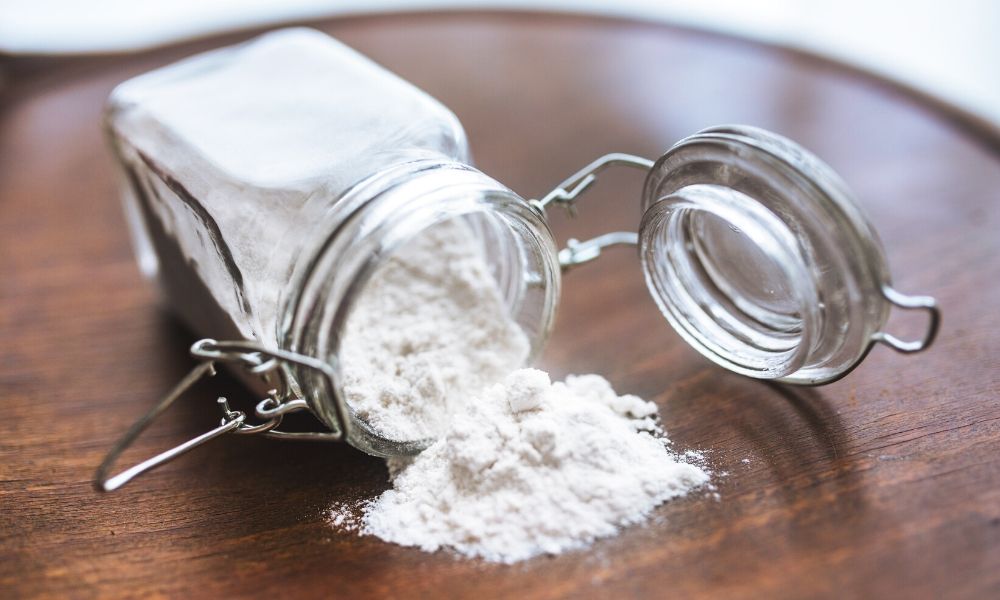 Dr. Moline described how until the 1950s, Johnson & Johnson actually worked with labs and universities to test the baby powder. Asbestos fibers were found in the cosmetic talc and there was no successful way of removing them. This claim mimics information reported by Reuters. The article states that in the 1950s, Johnson & Johnson knew the talc contained tremolite. The company’s concern was not that this was unhealthy but that it made the powder rough.

In the late 1960s, memos and letters suggest Johnson & Johnson knew of potential issues with the powder. There seemed to be concern over the effect of tremolite and pulmonary disease and even future litigation. The company continued to sell the powder.

Per a New York Times article, in 1971 an executive sent a memo stating the baby powder could have asbestos and recommended the grade of talc be improved. The same year, Johnson & Johnson announced they had evidence which proved the talc they used had less than 1% asbestos. Wilson Nashed, a scientist for Johnson & Johnson, said the talc had trace amounts of the fibrous materials of tremolite and actinolite. His memo included that the talc did not contain any “pure asbestos,” otherwise known as chrysotile fibers.

Written in a 1972 memo, Professor S Lewin revealed Johnson & Johnson’s “Shower to Shower” did contain those chrysotile fibers. During this same time, they found the baby powders to be free of chrysotile and contain “insignificant amounts” of tremolite. In 1973, another observation came stating the mines used for talc may be contaminated with asbestos and they should not be considered asbestos-free anymore. It further acknowledged the powder contained materials which may be considered asbestos.

Between 1974 and 1975, Johnson & Johnson conducted a study to see how much powder a baby could inhale during diapering. They also wrote a letter during this time to the FDA stating if the acceptable levels were 1% asbestos, they did not feel it necessary to test for levels below 1%. This promoted a retort during a Feb 1975 meeting, “No mother was going to powder her baby with 1% of a known carcinogen irregardless of the large safety factor.”

Later that year, a memo from Gene Grieger, a Senior Research Physicist, raised concern some of the tests on various samples of Johnson & Johnson’s products revealed high levels of asbestos fibers. This particular study was from Johnson & Johnson’s own labs.

In 1975, Arthur Langer, a mineralogist, collaborated with another mineralogist, Fred Pooley, to conduct a study on powders and asbestos contained within. Mr. Langer was of New York’s Mount Sinai Medical Center and Fred Pooley, of University College Cardiff in Wales. Mr. Pooley also served as a consultant for cosmetics and gave Johnson & Johnson the heads up on a presentation he planned to uncover the information the two found. The information was pulled from the presentation and internal memos revealed Mr. Langer was accused of being devious in his findings.

Mr. Langer went on to finish the study and later told reporters they found asbestos in numerous powders, leaving Johnson & Johnson off due to the fact the level did not seem high enough to cross the threshold to significance, not because there was no asbestos detected. There was a dispute over if the study only tested older powder or if they tested new and old, alike. Interestingly enough, Mount Sinai claimed only older powders were used. The medical center received funds through the Robert Wood Johnson Foundation, which had stock in Johnson & Johnson. Johnson & Johnson kept a record of those individuals conducting studies, listing them as “antagonistic personalities.”

An article found in the Journal of Environmental Pathology and Toxicology detailed a 1979 study detailed a higher finding of “respiratory cancer mortality” with professional miners. Johnson & Johnson started to offer powder made from corn starch in 1980, which has no tie to mesothelioma. In 1988, a follow up showed one of the minors died of mesothelioma.

In 1984, 1985, and 1986, Johnson & Johnson’s lab found asbestos fibers in samples from its mines in Vermont. The company retorted the samples were not cosmetic talc. In 1989, Johnson & Johnson sold the Vermont mines to Cyprus Minerals. In 1992, the new owners reported past tremolite in the Hammondsville deposit, which interestingly, was also where Johnson & Johnson’s Baby Powder came from during 1966-1990.

The Vermont mine didn’t just have tremolite. In 2002 and 2003, chrysotile asbestos fibers were found in the talc used for the Baby Powder sold in Canada. Because only a single fiber was reported, making this below detection level, no real action was taken. This was brushed off as background asbestos.

Six years later, the FDA authorized testing of 24 samples due to public concern. It turned up with no asbestos. The current FDA Commissioner says they still are answering questions about talc cosmetics and admits that cosmetics is “a place where we think we can be doing more.”

In the 1990s, an internal letter at Johnson and Johnson responded to an independent study reporting asbestos in baby powder. It read, “I recommend we do nothing” to which another person circled the words and added the words, “I agree.” The letter went on to advise employees to not speak about the findings at a future conference.

During a 2019 case against the company, John Hopkins, Johnson & Johnson’s former director of research and development from 1976-2000, was questioned about knowing asbestos was in the talc based on findings from another researcher. He responded to the questioning by saying, “They did not match the testing (results) Johnson & Johnson did.”

The idea of selective use of test results is exactly what caused a New Jersey judge to rule against the company. Middlesex County Superior Court Judge Ana Viscomi stated, “providing the FDA favorable results showing no asbestos and withholding or failing to provide unfavorable results, which show asbestos, is a form of misrepresentation by omission.”

Currently, there are no limits on asbestos in cosmetic talc or a preferred method of testing for it, nor do cosmetic companies have to get approval from the FDA prior to selling their products.

Mesothelioma, a malignant cancer, is caused by inhaling asbestos fibers and results in a life expectancy of only 12 short months. At this time, there is no known cure for Mesothelioma. When the tumor spreads, it presses against the chest wall and abdominal cavity, causing symptoms to appear. This usually does not happen until stage 3 or 4 of the cancer.

If you have developed cancer of the lungs, ovaries, or Mesothelioma and have a history of using talc powder, contact The Hayes Firm right away.

We will work endlessly to ensure you get proper representation to fight companies like Johnson & Johnson. You do not have to fight this battle alone. We are here to help you get the justice you deserve. 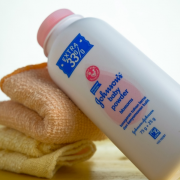 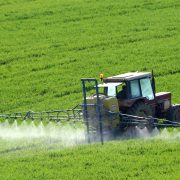 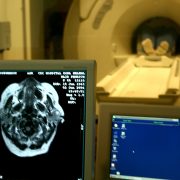 The Danger of Delayed and Misdiagnosis of Cancer
0 replies

Juul, vaping, and injury. What you need to know.