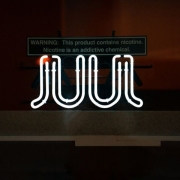 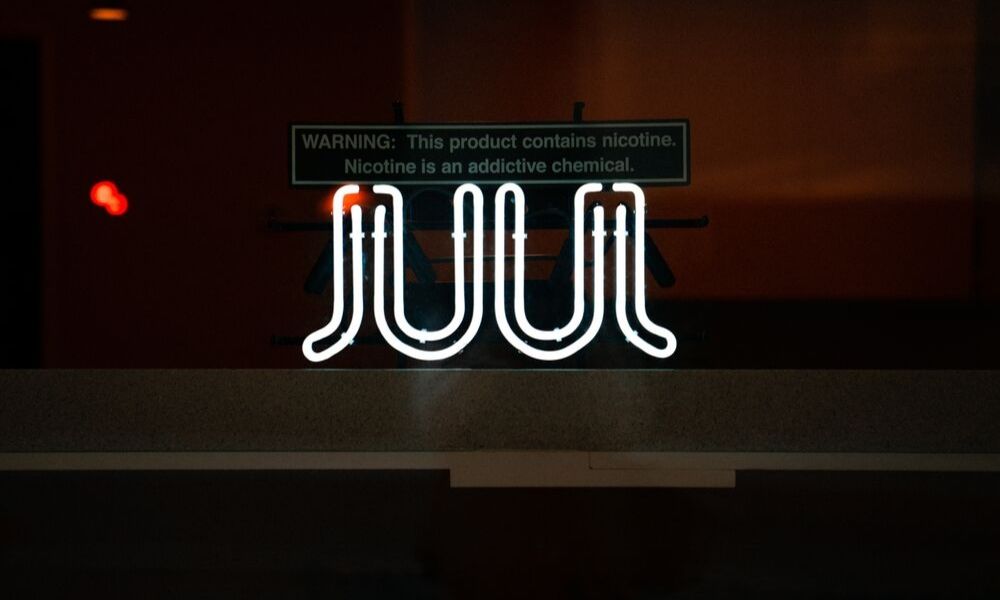 Nearly every American knows what a juul is and how discreet it can be. Juul, a spin-off from the vaporizer maker Pax Labs, is partly owned by Altria, a tobacco company with at 35% share of Juul Labs.

While there are other types of e-cigarettes, Juul holds about 70% of the industry. According to a 2018 CNBC article based on Nielsen data, Juul increased sales from 2017 to 2018 by 728 percent. From the year prior, the industry grew by $1 billion and is a 2.3 billion dollar industry.

Masked as USB drives, teenagers across the country sneak these e-cigarettes and pods during school, sports, home, and pretty much any place imaginable. Reports of high school and junior high students vaping during class or in between bells are far from the norm. Sadly, this epidemic has all happened within the last few years.

Targeting the youth and teens 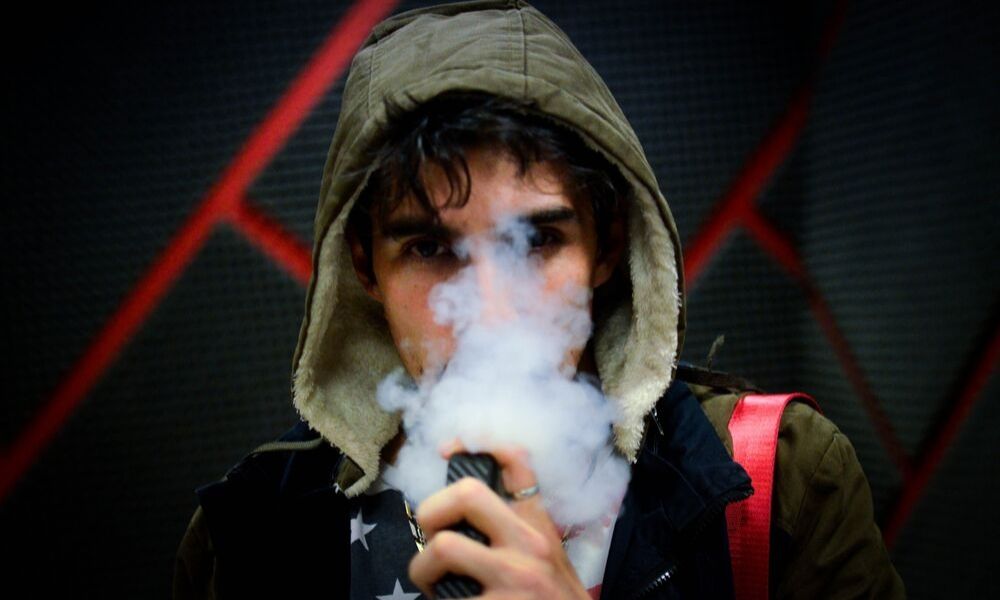 What makes Juuls so enticing to American teenagers and youth? Quite simply – the device is marketed to them… and it works. According to the CDC, 1 in 5 high schoolers and 1 in 20 middle schoolers are vaping.

According to a CBS article, Juul representatives came to classrooms and told the students juuls were completely safe, yet claimed they didn’t want the teens as customers. This comment prompted both the question of why talk to a classroom if not their marketing demographic and also, isn’t it common knowledge when you tell a teenager not to do it, they are inclined to do the very thing they are advised against?

More damaging, Juul representatives appear to be feeding off of vulnerable demographics such as youth and impoverished areas. 80% of children do not realize juuls are harmful. When a representative then affirms juuls are safe, the students have no reason not to believe the claims.

Juul states it is not intentional in targeting youth, despite the numerous fun flavors like mango, bubblegum, cotton candy, strawberry milk, creme brulee, as well as a once-trendy Instagram and Facebook pages featuring 20-somethings. Keck School of Medicine at the University of Southern California found that 25% of Juul’s Twitter followers were underage youth. To add fire to that statistic, research reveals when kids are exposed to e-cigarette marketing and ads, they are more likely to use the device.

Even with Juul taking down the pages and attempting to swap the models with 30-year-olds, as well as pouring over $30 million into the next three years for youth and parent education and research, exposure has already seeped into the youth’s eyes. With hashtags trending such as #juultricks, #juulnation, #juulgang, it isn’t hard to still find a place that enforces the idea that the nicotine-delivering stick is worth risking health.  Competitors are also vying to be the cool, convenient alternative, so even if Juul steps down, there are others stepping up.

Schools are scrambling now to combat the e-cigarette epidemic. Some facilities have detectors in the bathroom that send a text message to administrators when the chemical make up of the air changes to report someone is vaping. Soter Technologies is one such company that has issued more than 1,000 contract proposals for the device. Others have started to implement the Catch My Breath program to educate youth about the implications and dangers of smoking e-cigarettes. 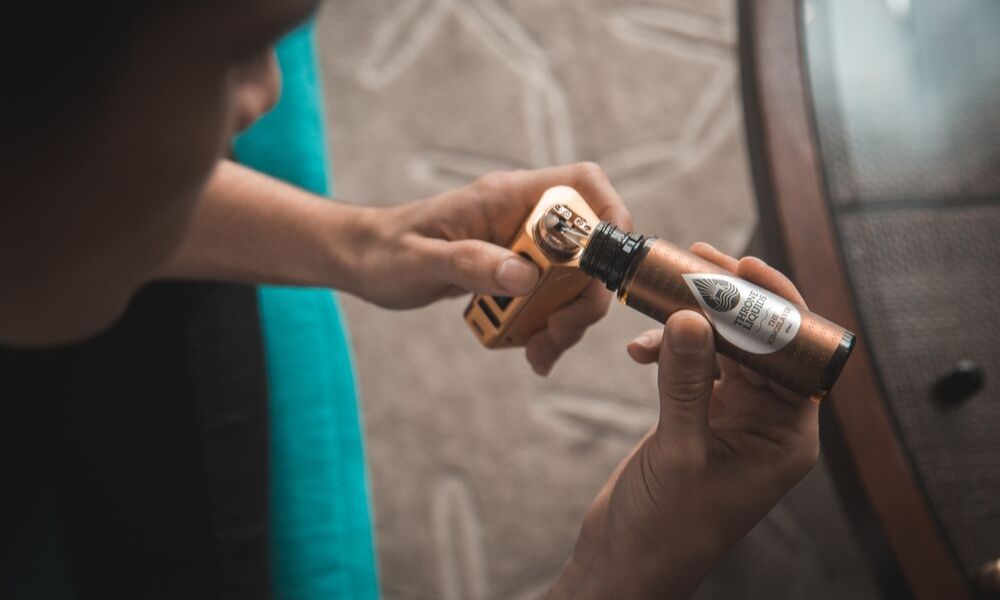 As adolescents, the brain and body are still developing. Ingested nicotine and other ingredients have a profound effect on the youth in ways not mimicked in adults.

Cases against Juul and e-cigarettes 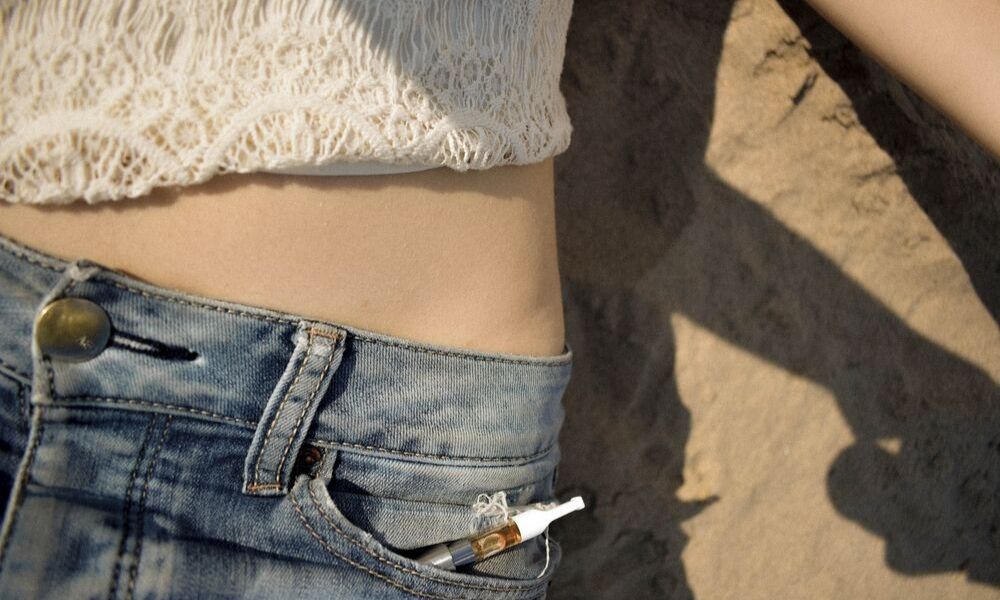 According to the CDC, at the time of this article, there are 805 cases of lung injury and 12 deaths reported from 46 states and 1 US territory. 16% of these involve a minor and all include patients with a history of vaping or use of e-cigarettes.

Current research believes there may be a link to the recent injury cases and using products containing THC. Even with this, there are still 16% of the lung injury cases that report having used nicotine-containing products exclusively, and no single product or brand has yet been identified as the sole culprit. With the outbreak of cases, there is still much research to be completed.

As claims against Juul are released, more information seeps out showing some of misinformation or lack of transparency Juul demonstrated. For example, the company did not put a nicotine warning on its package until the spring of 2018. This labeling was far after many teenagers already vaped for quite some time. The teen usage rate had already spiked by the time labeling was enforced.

Since much backlash, Juul has taken steps to alter their approach. It seems a little too late. With the CDC releasing statistics that steadily rise combined with a New York Times article stating the company suspected teens were being lured into vaping, the negligence and lack of responsibility of Juul have produced a predictable backlash.

Filed in the US District Court in Northern California, Bradley Colgate and Kaytlin McKnight both started purchasing Juuls in 2017. Both claim the intensity of nicotine salts caused addiction. Another case in San Francisco Superior Court with Carl Cooper states similar details. He started with Juuls in hopes to quit smoking but became more addicted.

A third case was filed in New York at the US District Court with a similar tune. A 15-year-old claims Juul designed the product with more nicotine than necessary for adults which caused the youth to become addicted to the product. As of September 2019, New York has released an emergency ban on all flavored vaping and e-cigarette products. Michigan joined a few days later.

In the United States District Court for the Southern District of Ohio, Andrew Tekulve and Morgan Wright both have filings stating that the amount of nicotine in the pods created a quick addiction to the products. Both were unaware of the amount of nicotine the e-cigarettes contained.  The governor of Ohio is attempting to pass a similar ban to New York.

Through numerous cases, it appears as if Juul claims their products are safe, when in fact, they contain large amounts of nicotine. They marketed the juuls as a safe alternative to smoking when they were anything but and their advertisements featured young people that would entice and target a younger demographic.

What you can do

If you have minors, talk to them. Show them information on the studies of vaping and ask open-ended questions about vaping and what they have heard. Keep your approach as conversational and not judging or lecturing. Past that, watch for signs such as bloodshot eyes, increased nosebleeds, and cough.

If your child admits they have vaped, try not to overreact but have compassion. Present dangers of both short and long term. Check yourself, too. If you are vaping, they are likely to be more relaxed about trying it.

Finally, get them help. The nicotine concentration and addictiveness of e-cigarettes makes it hard for individuals to stop. You or your teenager will need help breaking the habit. If you have been injured by vaping or find yourself now addicted due to lack of knowledge of the dangers, pursue legal council.

Here at The Hayes Firm, our job is to ensure you get the representation that you need to pursue help and be compensated for your damages. The nation is taking a stand against vaping because they acknowledge the dangers and lack of transparency from companies like Juul. At The Hayes Firm, we are in the ring, fighting with you.

Don’t battle a multi-billion dollar industry alone. Contact us today so we can match you up with the best lawyer for your case.

Dog Bites – what you need to know