Attention electronic cigarette users, the lithium-ion batteries in these devices can explode and cause users serious injuries, including:

If you have been injured by an e-cigarette device that exploded or caught fire, you may be eligible to recover substantial compensation for your pain and suffering, medical bills, lost wages, and more.

E-cigarettes were created to resemble regular cigarettes, cigars, and pipes. So, many resemble pens, pipes, and other recognizable smoking paraphernalia.

The first patent for an electronic cigarette was obtained in 2003 and they first appeared on the US market in 2007.

Manufacturers of e-cigarettes market them as a healthier alternative to conventional ways of smoking and as a tool to help users to stop smoking.

However, though the long term effects of e-smoking are still being studied, recent reports have linked e-cigarettes to what is referred to as popcorn lung, a serious and irreversible lung condition.

In addition, an increasing number of lawsuits are being filed against the manufacturers of e-cigarettes alleging that the lithium-ion batteries in the devices are known to catch fire and explode, causing serious injuries to users.

The numbers and the growth of these powerful explosions are staggering. Since 2009, there have been over 360 reports of e-cigarette fires and explosions.

Incidents have happened in public places such as roller rinks, stores, bars, restaurants, and nightclubs, as well as, on planes and buses, and in automobiles. These explosions often caused significant injuries to the user and placed everyone nearby in danger.

Why Do E-cigarettes Explode?

Experts say that the lithium-ion batteries contained in e-cigarettes are the problem. These batteries can overheat when being charged or when they come into direct contact with other metals in a person’s pocket, purse or bag.

This overheating can trigger a reaction which is referred to as a thermal runaway and which once begun, cannot stop it. Thermal runaway explosions can cause second to third-degree burns and in some instances, fractured bones, soft tissue injuries, and even blindness.

Make no mistake, these explosions are not tiny sparks. According to a 2014 report by the Federal Emergency Management Agency (FEMA), when an e-cigarette overheats, it literally becomes a little bomb packed with explosive impact. The report goes on to state that e-cigarettes are more prone to becoming flaming rockets when the battery fails than any other device that contains a lithium-ion battery.

Experts say that there are simple fixes to the design of the batteries that can prevent them from catching fire and exploding. However, there has been very little regulation in the e-cigarette industry, and no way to force manufacturers to implement the necessary changes.

The Food and Drug Administration (FDA) only acquired the authority to regulate e-cigarettes in 2016. What’s more, formal science based hearings on the dangers posed by electronic cigarettes did not begin to take place until April of 2017 and are still ongoing.

Experts continue to call for greater oversight of the e-cigarette industry, saying that until such time as safer e-cigarette batteries are being made, they are not safe to be out with in public.

Lawsuits are currently being filed against the manufacturers of e-cigarettes by users who have been seriously injured by them. These lawsuits claim that the cigarettes and their components are unsafe and that the manufacturers failed to sufficiently warn consumers of the dangers they pose.

Manufacturers have a duty to disclose all risks associated with the use of their products. When they don’t, they may be held liable for any damage you suffer when using a dangerous, defective, or poorly designed product.

If you or someone you know has been injured by an e-cigarette, contact an experienced e-cigarette injury attorney immediately. An experienced attorney will evaluate your case, determine if you have a valid claim and if so, guide you through the process of seeking compensation for your injuries. Strict time limits apply to filing a claim, so don’t delay. 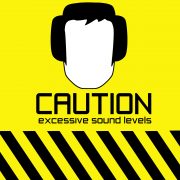 What You Need To Know About Product Liability Cases