If you are a mother who was prescribed Zofran to treat morning sickness during your pregnancy and subsequently gave birth to a child with birth defects, you should consult with an attorney immediately. You may be entitled to substantial compensation from the drug’s manufacturer.

Despite this limited approval, it is alleged that GlaxoSmithKline promoted the use of Zofran for other purposes for which it was not approved. Specifically, allegations have been made that Zoran was promoted to treat pregnant women who suffer from severe nausea due to morning sickness.

Doctors are legally permitted to prescribe drugs for purposes for which they are not approved, widely referred to as “off-label” uses. This practice is not uncommon and some studies indicate that one out of every five prescriptions is written for an off-label use.

Pharmaceutical manufacturers, on the other hand, are strictly prohibited by federal law from promoting their drugs for off-label uses and in 2012, GlaxoSmithKline agreed to pay the federal government $3 billion for the alleged, illegal, off-label promotion of Zofran.

Current litigation, revolves around recent studies that indicate that the use of Zofran in the first trimester of pregnancy can increase the risk of severe birth defects, such as:

Zofran (ondansetron) works on the brain by blocking the uptake of an important neurotransmitter known as serotonin. Serotonin is crucial to fetal development, particularly in the first trimester of the pregnancy. It is felt that the effect of Zofran on the uptake of serotonin causes the various birth defects that have been associated with its use by pregnant women.

Because GlaxoSmithKline, the manufacturer of Zofran, promoted the drug to doctors improperly, many pregnant women have been prescribed this drug and lawyers are currently investigating claims by women who were prescribed Zofran during the first trimester of their pregnancy and subsequently delivered babies with birth defects.

Various studies have linked the use of Zofran by pregnant women to an increased risk of severe birth defects. If this has happened to you and your child, or if you or someone you know is pregnant and currently on Zofran, you are encouraged to contact a knowledgeable Zofran litigation attorney for a free case evaluation. The time you have to file a claim is limited by law, so call now. 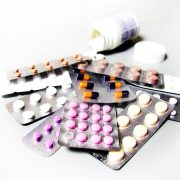