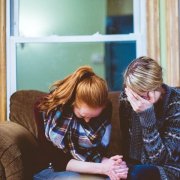 What is Wrongful Death?

According to Cornell Law School, wrongful death is “a death caused by the wrongful act of another, either accidentally or intentionally.” At one time, a wrongful death claim could only be brought about by the deceased person’s survivors, generally his or her immediate family. Today’s statutes allow wrongful death claims to be filed by the family and deceased executors or administrators.

When a person’s life is cut short, the impact on those left behind can be tremendous. Lost wages, benefits, and emotional support ceases for those closest to the deceased. A wrongful death claim seeks to bring compensation and balance to this loss by filing a lawsuit against the person or entity legally responsible for the death.

In the last century, the courts granted states and federal courts the right to pursue wrongful death lawsuits. Before this, the law did not allow for wrongful death suits, and the right to sue died with the person injured. This mirrored the law brought from England to early American courts, referred to as common law. Luckily, lawmakers recognized the need to hold accountable those who injure others even if their victim dies. Today all states have a version of a wrongful death law.

In the United States, wrongful death laws vary by state. This is significant because states may have different statutes of limitation regarding timeframes for filing suit. Further, each state will vary in the amount and if compensation for the extent of damage may be awarded.

In New Jersey, a person has two years to file for a wrongful death lawsuit. Family members cannot seek to recover damages for emotional distress. In contrast, Kentucky’s statute of limitations is one year, and the family can receive compensation for loss of companionship. Each state also has various procedures for wrongful death lawsuits, making it imperative to work with a skilled lawyer to ensure steps are followed properly and the specifics for each state, including how the state defines wrongful death, are understood.

Most generally, a representative will file on behalf of the survivors or the deceased person’s estate. The survivors are considered “real parties in interest,” but exactly who this eligibility extends to varies by state. Children, spouses, and parents of minor children are always permissible, but past that, states vary on who else may bring a claim.

Who can file for wrongful death

As mentioned, it is customary a representative of the estate or deceased’s survivors files the wrongful death lawsuit on behalf of the victim. It is the states’ variations which cause so much confusion. Can adult children sue for their parents or siblings of another non-minor? What about aunts, grandparents, or cousins? Do they have a right to legal action? How about a fiancee or a long-term romantic partner?

All states allow immediate family to file. This label includes spouses and children, as well as parents of unmarried children.

Some states will allow siblings or grandparents to bring a lawsuit for wrongful death. Circumstances are taken into consideration for this, such as when a grandparent is the guardian of a child.

Anyone with financial loss

Some states do not require a family-relationship to be the sole factor when determining a real party of interest for a wrongful death lawsuit. Some merely require proof that a person is at a financial loss due to the death.

Parents of a fetus

Some states allow the loss of a fetus to be considered a wrongful death. Others only permit this if the fetus was born alive and then died.

Who is responsible in a wrongful death lawsuit

Any person or entity causing another person’s death intentionally or due to negligence, which is failing to act reasonably, can be sued for wrongful death. Car accidents, poor construction plans, failed safety warnings, alcohol-related incidents, medical malpractice, drowning, and product liability are examples of wrongful death claims.

Intentional tort is when a person harms another person on purpose. Negligence is harm caused because a person failed to create a safe environment or act reasonably, but not necessarily due to ill-intent. Intentional tort is generally due to a person intending to create harm. The main types of intentional tort are: assault, battery, false imprisonment, conversion, intentional infliction of emotional distress, fraud/deceit, trespass (to land and property), and defamation.

Conversion is basically theft. This occurs when a person takes control over another’s property without permission. Damages are often assessed on how long the property was taken or if it was lost or destroyed.

Fraud is generalized and covers scams, misstatements, misrepresentations, cons, and the like. Deceit is characterized as a type of fraud in which a person’s intentional acts mislead another person.

Trespassing is when another person enters someone’s property, although many states list it under the category of conversion. The person whose land was entered needs to prove the trespasser intended to enter the land and not that they knew something would take place on the land.

Defamation is when a person makes a falsity about another to one or more people. This statement is presented as fact and causes harm to the person or his reputation.

This “catch-all” is used when none of the other categories fit, but it is clear a person caused harm to another, and the act was intentional. Some states believe it is not enough to just intend to cause harm, but that harm must have actually happened.

In some situations, companies or entities that have protection from wrongful death lawsuits. Just like who can file, who is protected also varies from state to state.

Depending on the state, governments may have immunity against wrongful death lawsuits. This is not a blanket immunity, as negligence and other provisions can waive immunity. Each state varies with the specifics of where government protections stop. In general, the statute of limitations can be shorter when suing a government, and there may be fewer options available for compensation.

There are some instances where makers of medical devices have been immune from wrongful death lawsuits. Similarly, manufacturers of generic drugs have been granted immunity on the grounds that the FDA approved the name-brand drug, and therefore, the generic drug is not unreasonably dangerous.

Qualifications for a wrongful death claim

A vast amount of situations result in a wrongful death lawsuit. Medical malpractice, intentional killing, car accidents, or nearly any injury resulting in death can fall under wrongful death. To qualify for compensation, a representative must prove the following elements:

Potential outcomes of a wrongful death lawsuit include economic, noneconomic, and punitive damages.

Economic damages include out-of-pocket expenses, medical and funeral costs, lost wages or inheritance, loss of pension or retirement plans, or cessation of medical or benefit plans. To establish this amount, a jury will evaluate earnings at the time of death and implied future earning.

These damages do not have a hard and fast number associated with them and are often not tangible. Pain and suffering, mental anguish, loss of care and guidance, loss of companionship or love, and loss of consortium are examples of noneconomic damage.

When extreme or gross negligence caused the death, the person or entity responsible may be charged with punitive damages as punishment. Not all states allow for punitive damages.

Sometimes a person does not immediately die from an accident and can bring a personal injury lawsuit. When they subsequently then die, the survivors submit a survival action claim. These claims are for the damages the victim suffered, such as pain and suffering or medical bills. The payout goes to the victim’s estate. The jury accesses the victim’s pain level, consciousness, and awareness of demise.

Most wrongful death lawsuits are complicated and take an experienced lawyer to navigate the stages of the procedure.

During this stage, a lawyer researches the details of the case. They will gather information, interview witnesses, and explore the law regarding the specifics. The representative or lawyer will then establish a strategy and send a demand for compensation for damages to every legally responsible party.

An attorney submits a Complaint and Summons. This is a formal pleading to the court containing the facts and legal claims for each person or entity associated with the wrongful death. Any defendant listed must respond to any questions by submitting their answers to the court. If a party fails to respond, there are legal steps attorneys can take.

Both the plaintiff and defendant’s lawyers will start to investigate at this point, gathering information in the following ways: interrogations, requests for production of tangible evidence, depositions where questions are answered under oath, and requests for admissions where players deny or admit to facts.

Instead of engaging in a full-blown court procedure, there are times when both parties can come to a settlement outside of court. This generally happens when information is revealed, helping each side believe they have a strength that will cause them to win the case. The settlement avoids a lengthy trial.

If, after attempting to settle, no settlement is reached, the case will go to trial. During this time, a jury will determine if the evidence of negligence or intentional action caused the wrongful death. If they determine this to be the case, the surviving members will receive compensation for the assessed damages.

Why hire a lawyer

Wrongful death lawsuits are complicated and must be won on quality evidence. With necessary strategy and differing state statutes and laws, it is vital to hire an attorney versed in wrongful death cases. Navigating a wrongful death case employs exorbitant resources and demands experience.

After the death of a loved one, your time is likely spent navigating the grief and loss. Attempting to mix in the legalities of a case and statutes of limitation is a burden you do not need to bear. We are here to help. At The Hayes Firm, we match you with experienced wrongful death lawyers to ensure you have the best representation.

You don’t need to fight for the compensation your family deserves. Contact us today.

The 411 of Medical Malpractice
Scroll to top
Dream Legal Team